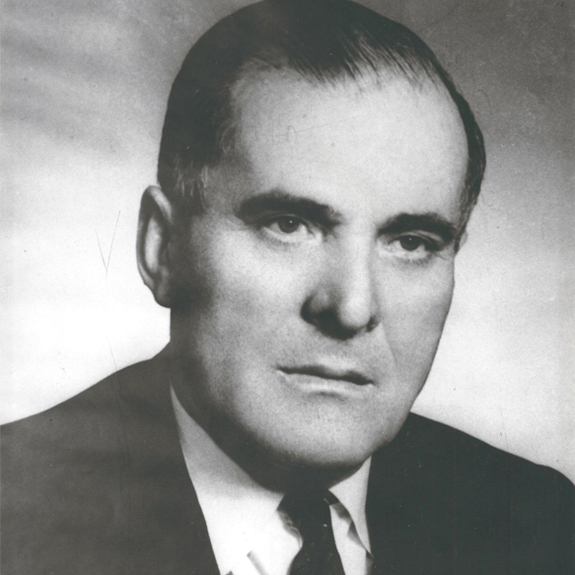 His love and passion for the country still motivate us… It was almost impossible to find entrepreneurs with sufficient capital resources in The Republic of Turkey that was established after the War of Independence period.

However in its early years, the Republic of Turkey had entrepreneurs, who were in love in their country and would like to build the future of the country although they did not have sufficient capital.

Şeref Sürmen was born in Sürmene district of Trabzon province in 1920. Drawing attention with industriousness, Şeref Sürmen also attracted the attention of his commanders during in Erzurum, where he performed his military service. He started his career initially with the renovation of the old buildings in the Military barracks.

Şeref Sürmen had a visionary, entrepreneurial personality with strong social skills. The construction works completed at Zonguldak Çatalağzı Işıkveren Plant and Karabük Iron and Steel Factory allowed him to enter the heavy industry sector.  Then, Şeref Sürmen moved to Ankara and established the nail factory and the first rolling mill. Thanks to his industriousness, he was considered among the most successful industrialists in Ankara. He made important contributions to the establishment of Ankara Chamber of Industry and became one of the first Founding Members of Ankara Chamber of Industry.

Having continued to work as a contractor, Şeref Sürmen achieved many successful projects such as the government buildings across Turkey, housing projects and construction of inter-city highways.  He dived into the mining industry, which he thought that it would make an important contribution to Turkey's growth, with the mining investments in Mürdet region in Ankara.  Şeref Sürmen, who never stopped working, producing, trying to provide new resources to our country and who was aiming to leave a good future to the youth, passed away in 1980.